Ikuyo Wakabayashi lives and works in Mashiko, one of the most important centres of pottery in Japan. Mashiko flourished in the production of ceramics for daily use in the mid 19th century. It became a centre of the Mingei Movement after the potter Shoji Hamada moved there in the 1920s. This folklore tradition of Mashiko is found in Ikuyo’s works, which have a friendly appearance and can easily fit in with daily life. Her style is marked by the soft shapes created from hand-forming techniques and the sketch-like motifs of familiar flowers and berries. Ikuyo’s vases, cups, and plates not only add charm to the user’s everyday life, but also reflect the potter’s affection towards plants and Japanese rural life in the midst of nature. 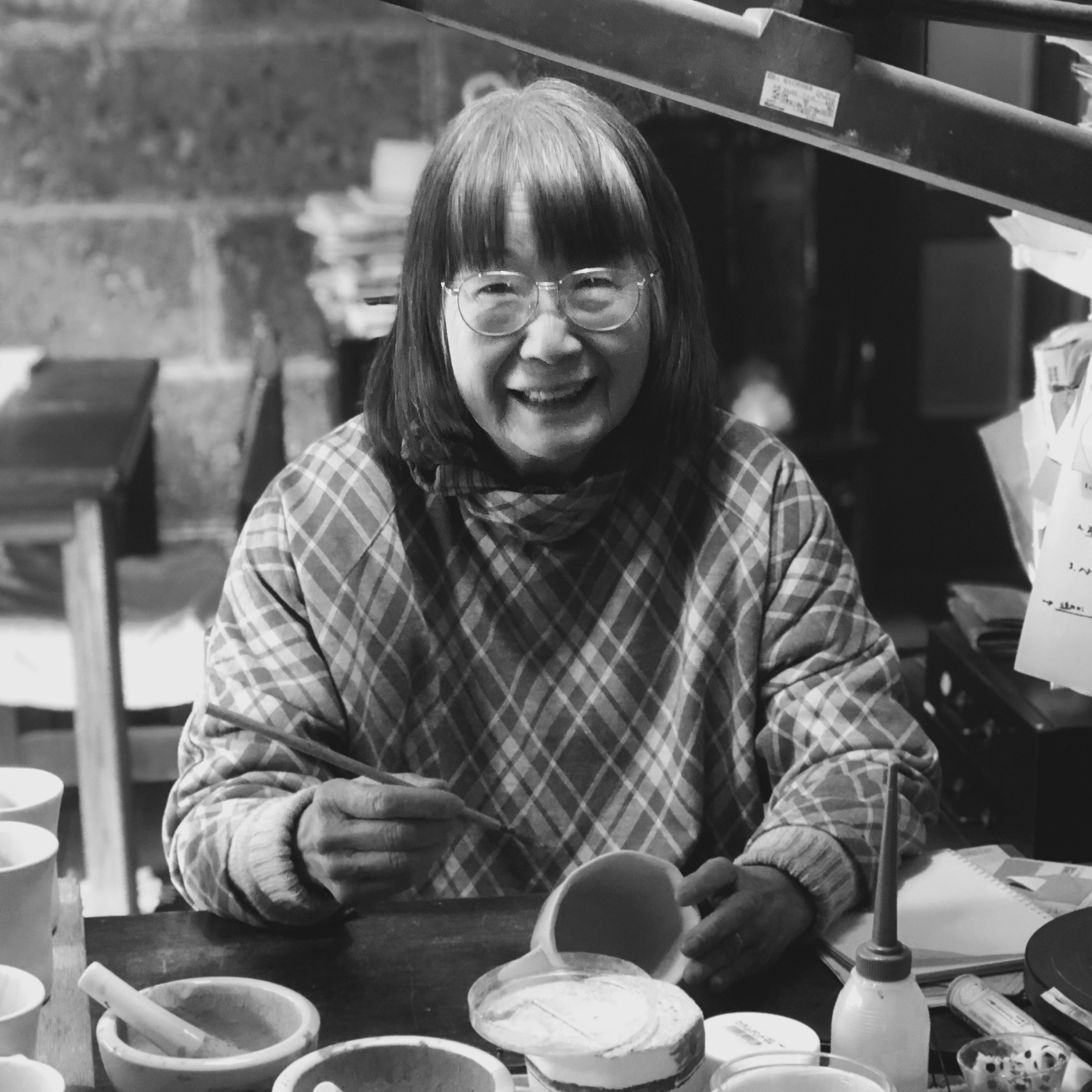