Sobie Wakabayashi lives and works in Mashiko, one of the most important centres of pottery in Japan. Mashiko flourished in the production of ceramics for daily use in the mid 19th century. It became a centre of the Mingei Movement after the potter Shoji Hamada moved there in the 1920s. Sobie’s style is marked by the balanced shapes produced by his proficiency of technique, and the pictorial designs influenced by traditional Japanese painting. Sobie’s large pieces decorated with seasonal plants and flowers are meant to be used for a special occasion such as a celebration. They have a delightful presence and are suitable as a table centre piece for a dinner party. 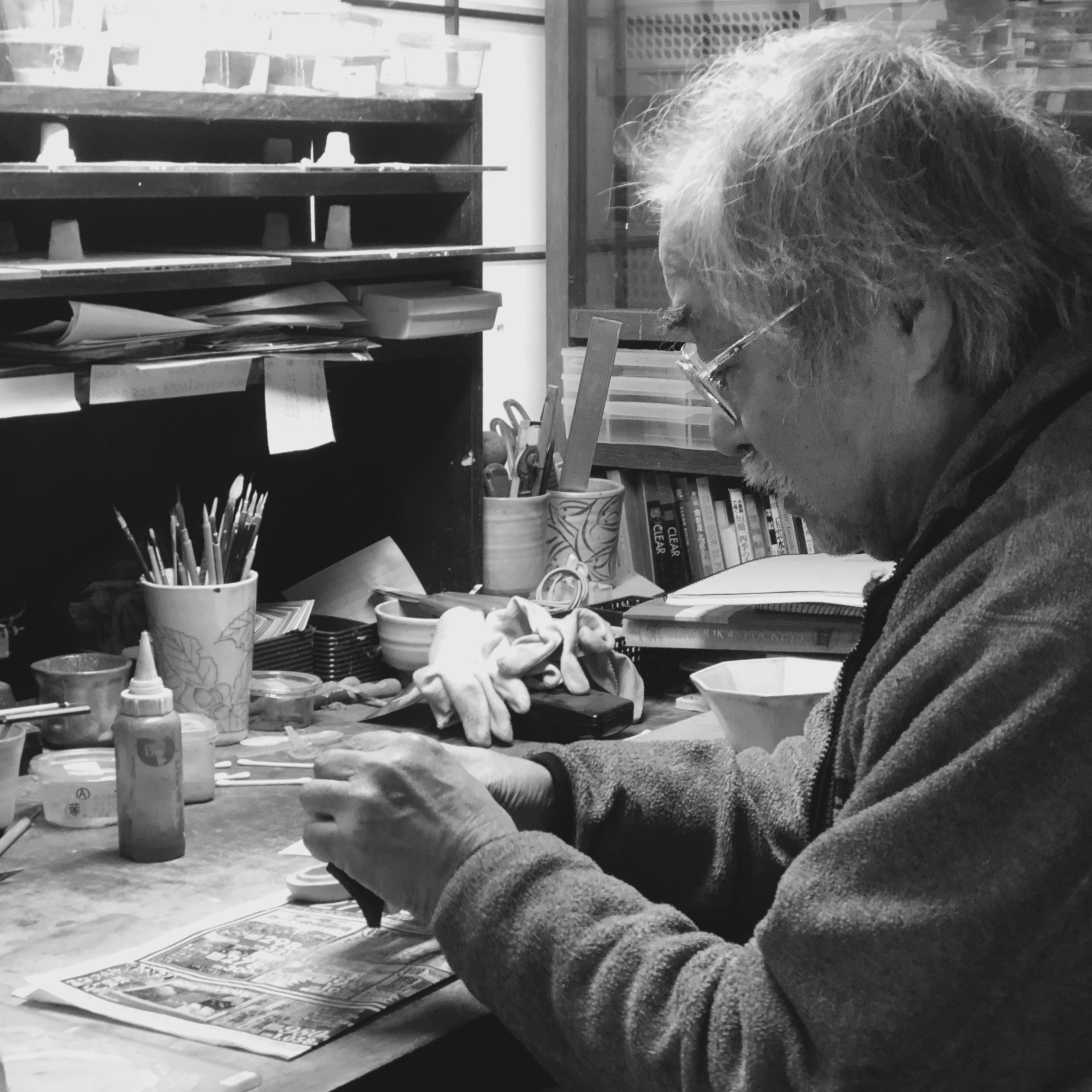